In the late 1950s and throughout the 1960s, The Emcees were mainstays in the Northwest Arkansas music scene. They made regular appearances at Fayetteville’s Rockwood Club and followed the footsteps of Ronnie Hawkins by going to Canada to play before enthusiastic crowds. On a historic note, at least for Arkansas, they performed at a New Year’s Eve party in Dallas, Texas, sponsored by the University of Arkansas Alumni Association in late 1964 that 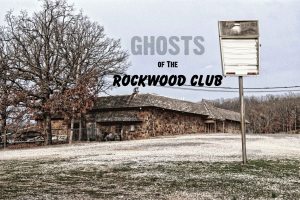 also served as a pre-Cotton Bowl celebration. (One journalist described the event to be divided by those who did the fox trot and others who danced the Watusi. More partying would ensue the next day as the Arkansas Razorbacks clenched the national championship by defeating the Nebraska Cornhuskers.)

No doubt, people dug The Emcees or, The MC’s, as they were sometimes billed early in their career. Led by Tommy McClelland, a trumpet player and singer, he first performed in The Dixieland Rebels in the 1950s. The group evolved into the McClelland Combo with his brothers, Leon and Mel, in the lineup — hence, the name MC’s, or Emcees, as they would become known.

At this point, not enough can be said about Leon McAuliffe’s promotion of rock ‘n’ roll in Northwest Arkansas and, arguably, being a rock ‘n’ roll pioneer in his own right as evidenced by some of his rockabilly-swing compositions. A steel guitarist for Bob Wills and His Texas Playboys, McAuliffe and his manager G. Don Thompson, who co-owned with McAuliffe radio station KAMO in Rogers, announced through Billboard magazine in June 1959 that they were resurrecting their music label, Cimarron Records, based in Tulsa, Oklahoma, by signing The Emcees as Cimarron expanded its repertoire to include both country and western and pop.

The first release of the restructured Cimarron Records was The Emcees’ tune, “IFIC,” named for “American Bandstand” host Dick Clark’s IFIC Club. A sponsor for the show was Beech Nut chewing gum, which had a slogan of being “flavor-IFIC.” The song title indicates The Emcees, McAuliffe and Thompson may have saw a strong potential with getting the single played on the show. (This was not an uncommon ploy. Arkansas native and former Fayetteville resident Charlie Rich, before he turned to country music, wrote and recorded a rock ‘n’ roll song around that time called “Philadelphia Baby” with hopes that “American Bandstand,” which was based in Philly, would give it some attention.)

At least one other Emcees’ single, “Wine, Wine, Wine,” appeared on the Cimarron label (shown above). Several lineups took place throughout the 1960s as well, as detailed in this article about Fayetteville’s Rock ‘n’ Roll Pioneers by Bill Wright, who later became a band member.

While The Emcees may not have received any attention from Dick Clark, one can only assume that they, and other Cimarron recording artists, received considerable airplay on KAMO.

Echoes of the Ozarks

Echoes of the Ozarks